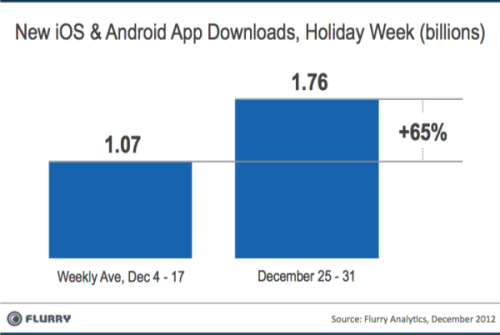 As you can see from the chart below, the US took the biggest chunk of app downloads with 604 million, but Canada and France are also among the top five countries, although they couldn’t compete with China, ranking No. 2 with 184 million downloads. According to Flurry’s estimation, there are about 181 million iOS and Android devices in the US, but China is right behind it, with 167 million active devices. 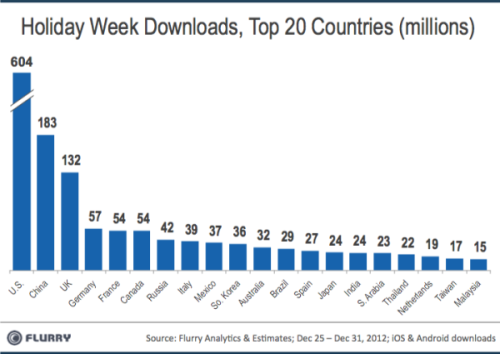 Looking forward, Flurry expects 1 billion+ app download weeks to become the norm, and to surpass the 2 billion download mark during the last week of 2013.