The number of iOS and Android device activations spikes on Christmas Day compared to any other day of the year, and this year was no exception. How many mobile devices have been activated during this Christmas? Flurry’s Peter Farago has the numbers. 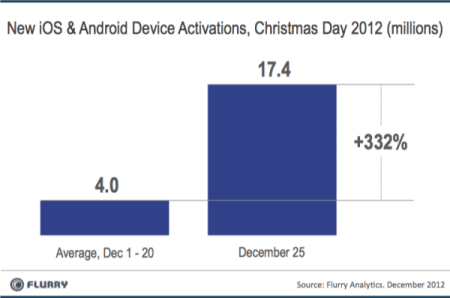 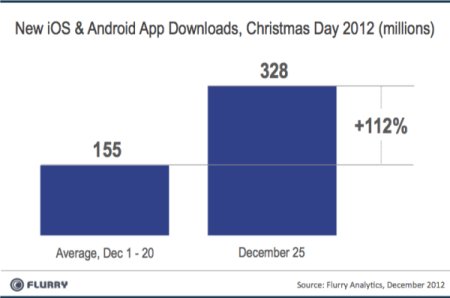 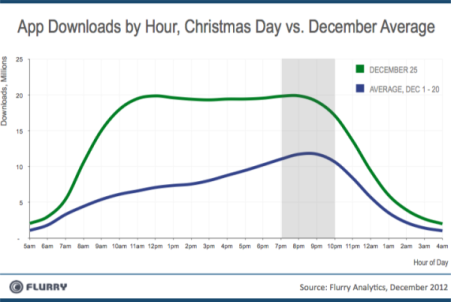 Another interesting highlight of Flurry’s recent study is when the downloads took place. As the chart below shows, downloads spike in the evenings, but on Christmas Day, app downloads spiked early in the morning and maintained the same level throughout the whole day at around 20 million per hour. 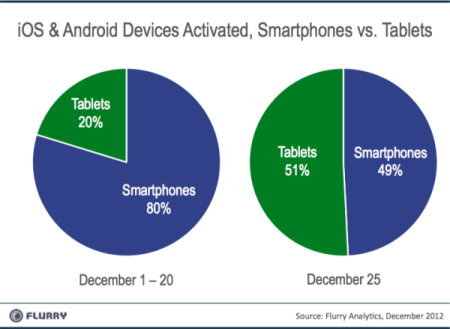 Interestingly, this year tablets were slightly more popular than smartphones, although the trend was the opposite in previous years.