Readers of the Montreal Gazette now have a brand new iPhone app to use to consume the latest news stories happening in the city.

The new app from the Postmedia Network hit the App Store yesterday and says it’s not just their website shrunk down, but rather a new approach where top stories are tailored to a mobile audience.

The Montreal Gazette iPhone app is smart, fast and always up to date, delivering a comprehensive local English news experience for Montreal’s mobile audience with the quality and credibility you have come to expect from us. We’ve changed our style, not our standards. 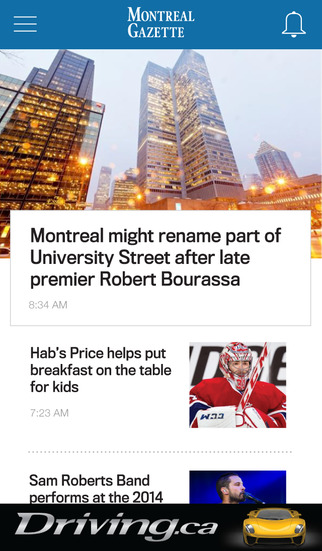 The existing ‘old’ Montreal Gazette is still available in the App Store as well as it’s a universal app for both iPhone and iPad. Not sure how long it will stay there with this new app out. Below is an image of the old app: 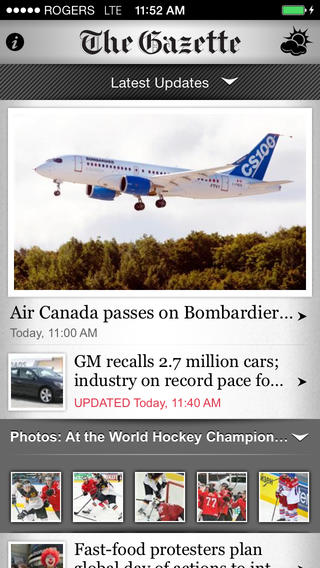 The new apps don’t stop there, as an Apple newsstand-powered iPad app has also launched, to bring an interactive evening news type magazine to readers during weekdays at 6PM local time, when most people look to catch up on the news. For the first three months, subscriptions are free thanks to Videotron, the lone sponsor for now.

The new Montreal Gazette for iPad is a free evening news magazine delivering an informative, entertaining and interactive local English news experience for iPad audiences, MON-FRI, at 6:00 p.m.—not just the news of the day, but the stories behind the stories that matter. 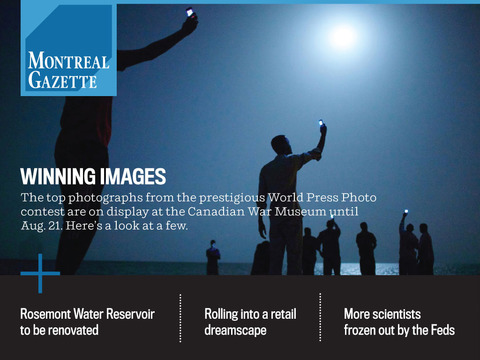 Click here to download the new Montreal Gazette iPhone app and the new iPad app. Let us know what you think of them.