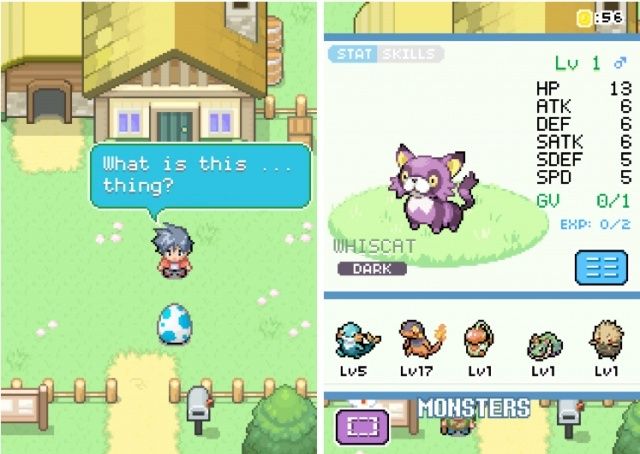 A few months ago a developer announced that he was working on a game for iOS called Little Masters. If any of our readers has kids or happen to be in their teenage years, chances are you’ve experienced a game of Pokemon. Little Masters is literally the next closest game you will find to the real thing (Pokemon).

Little Masters will be free to play, but the developers will earn their cash via in-game currency that is available for purchase. Just like Pokemon, users have the goal of capturing monsters, training them, and battling them with monsters of other users. Best of all, you can choose to verse friends over a Wi-Fi connection.

This sure does remind me of the Game-Boy Pokemon game; my mind is a bit blurry, but I think the pictures above compare highly. The release is actually coming tomorrow, September 6th. Although I’m older now, I am tempted to give the game a download to see how comparable the two games really are.

Is this something you will be checking out?