Poynt has updated their popular ‘all in one’ search app for the iPhone to finally include Gas Buddy prices for Canada. It was just last year that the popular Calgary-based search app surpassed 9 million users. According to their press release:

“GasBuddy provides a community for users to share information on local gas prices and we are happy to have Poynt Corp. become a partner in this,” said Dustin Coupal, VP and Co-founder, GasBuddy. “Gas prices are volatile and can vary significantly within a few blocks. User generated content can help people find great local deals on gas and stick to their tight budgets.”

GasBuddy has just under 11,000 gas price listings for Canada, and if prices for stations aren’t updated in 24 hours they are removed. I just tested out the new gas feature and it certainly does work as advertised.

You can see a list of gas stations around you based on your location, or check them out on a map. Tapping the ‘Best Prices’ button resulted in ‘no results found’ for me though. I love how all gas stations always have the same price as each other. What’s the price of gas in your area? 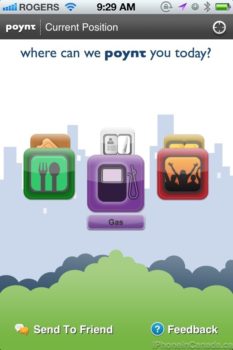 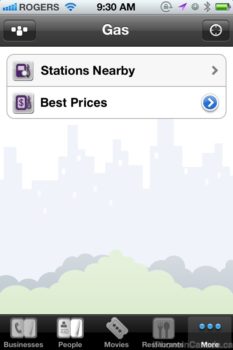 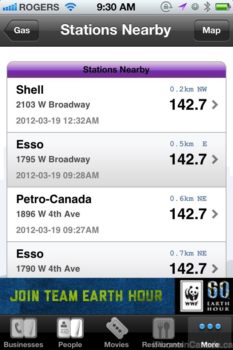 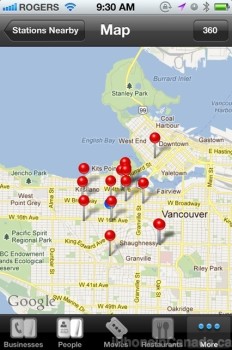