In an attempt to increase U.S. innovation in mobile communications, U.S. President Barack Obama ordered all major federal agencies to make their services available on mobile devices within the next year.

Obama wants American citizens to have a government, and associated services, that is accessible at anytime and anywhere. To push the development, each federal agency must make at least two of its services used by the public available on mobile devices within 12 months.

In other words, public access to government data in services such as healthcare and education will significantly increase if available on mobile devices. Obama’s administration further hopes this move will boost jobs by encouraging innovation in the mobile field.

Alongside the push for more mobile services, the Obama administration also released a new digital strategy that will drive a more coordinated delivery of federal services on mobile devices.

“By making important services accessible from your phone and sharing government data with entrepreneurs, we are giving hard-working families and businesses tools that will help them succeed,” the president said.

Overall this sounds extremely exciting, especially for the app developers that will take this new information and create some truly phenomenal apps.

What I am left wondering is, will Canada, specifically Mr. Harper, adopt this practice? Will Canadian app developers receive similar information and support to make the Canadian government more mobile? What Canadian services would you like to see on your iPhone? 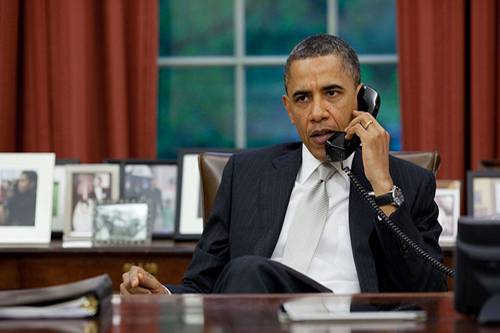