After launching in beta last month, Metrolinx has announced the PRESTO app for iOS and Android is now available for download. 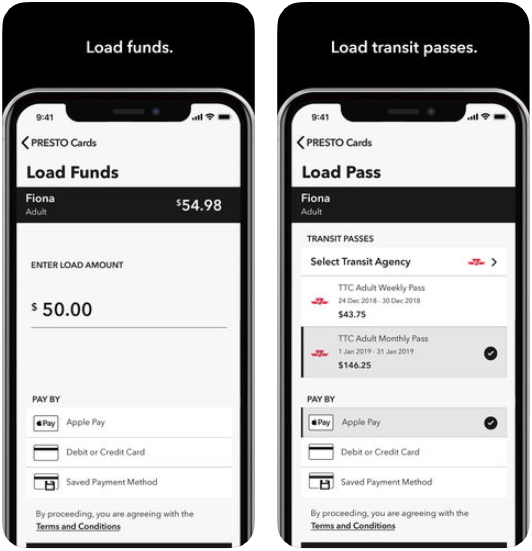 The PRESTO app allows riders in the Greater Toronto and Hamilton areas to load balances onto their card and also manage funds. The app also allows users to get notifications on low balances, setup pass expiry reminders and also setup reoccurring subscriptions.

Here are the features of the iPhone app:

The PRESTO card works with the following transit agencies:

For those with jailbroken iPhones, the PRESTO app will not work on those devices “for security reasons.”

Hello Troy. At this time Apple wallet is not an option. Perhaps future updates this is possible.

Last April, Metrolinx detailed the timeline of the PRESTO app, noting their goal in phase 2 was to integrate NFC for iPhone users, meaning you would be able to use your device to tap for fares. There’s no word on when this will happen.

Also, when reloading your PRESTO card with the iOS app, there’s a 4 to 24 hour delay.