Readdle has announced a 48 hour Black Friday sale, with all of their apps on sale, up to 80% off. 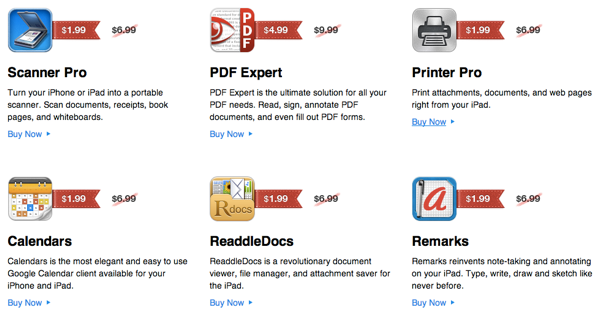 To celebrate the sale, PDF Expert for iPhone is a temporary free download (regularly priced at $9.99).

You can check out the entire list of apps on sale here. Every app is on sale for $1.99 except for PDF Expert for iPad, which is $4.99.

Don’t forget EA is also holding a Thanksgiving sale on their apps as well.