ReaddleDocs Successor, Documents for iPad is a Free Download

Readdle has released an update to ReaddleDocs for the iPad–it’s now known as Documents for the iPad and it’s completely free. The app allows users to view Office documents, read and annotate PDF files, search within documents, edit text files and also read books and other articles.

The app is a complete file manager for the iPad and will allow you to view photos, watch movies or listen to music as well. You can manage your files by transferring them from your Mac or PC and sync with iCloud, Dropbox, GoogleDocs and other cloud services. You can also download files from the web and save email attachments too. The app is extremely powerful and versatile. 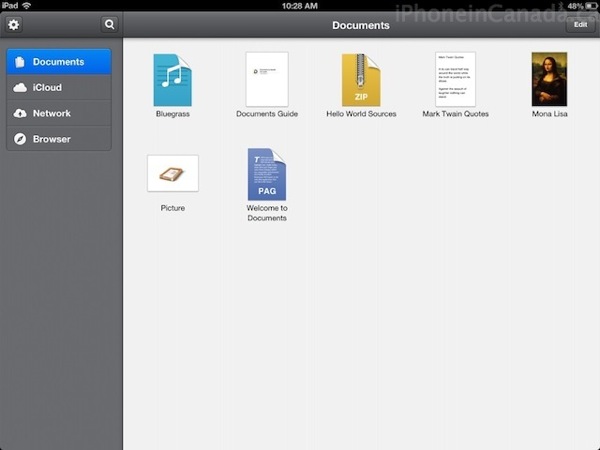 The brand new app is completely free and Readdle says the update was necessary to serve its existing 230,000 user base. I suggest the first thing you do after downloading is to read the Documents Guide within the app. It shares everything you need to know about the app, such as being able to use your iPad as a portable Wi-Fi flash drive.

Click here to download Documents by Readdle, it’s free and definitely a must-have for any iPad owner.