Popular RSS client Reeder has been updated today to support Feedbin and standalone RSS feeds. This means users will no longer be required to use Google Reader to sign in, as the latter is set to shut down on July 1st. Other improvements include pull-to-refresh and bug fixes.

Local/standalone RSS support:
You now can use Reeder as a standalone reader, no syncing. 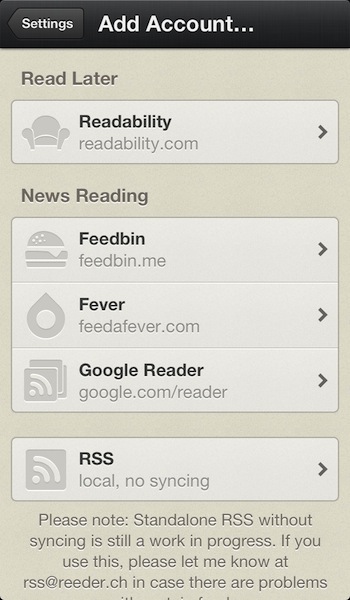 Feedbin is an RSS reader that costs $2/month and has been popular as an alternative to Google Reader.

Earlier this month Reeder announced its existing Mac and iPad apps are currently free downloads as the company transitions to its upcoming 2.0 updates.