Ritual Eats Week is Back: Save 50% Off Food with Apple Pay in Toronto

Mobile order-ahead app, Ritual, has launched its semi-annual Eats Week promotion, which offers 50% off at participating restaurants when customers order and check out with Apple Pay, in Toronto. The promo takes place starting today, until October 26, 2018:

No lines. No wallets. For two weeks, enjoy up to 50% off when you order on Ritual and pay with Apple Pay. Eats Week is available across nine cities including: New York City, Chicago, Boston, Washington, Los Angeles, San Francisco, Houston, Minneapolis, and Toronto. 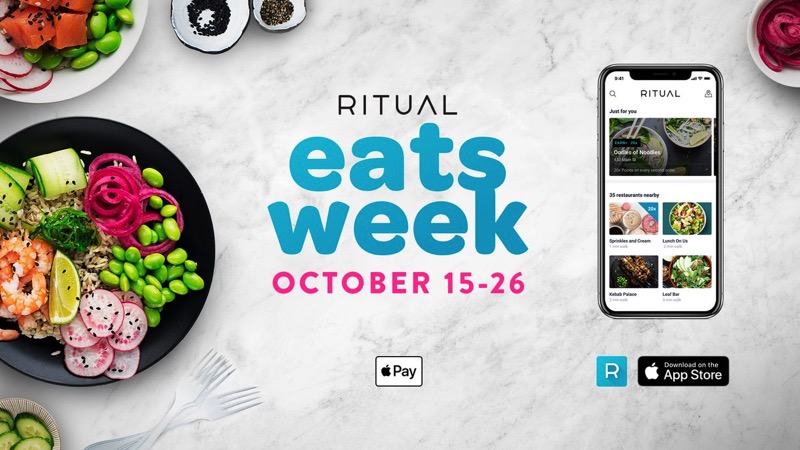 #EatsWeek is here! For two weeks only, enjoy up to 50% off at hundreds of restaurants and coffee shops with Ritual & Apple Pay. Let the eating begin! pic.twitter.com/hQhMHvNzF3

The last time Ritual held Eats Week was back in February of this year. Earlier this year, the app was criticized for sharing detailed workplace info, by users in the U.S.