The City of Toronto announced this morning a partnership with the iOS app Ritual, to allow the purchase of Toronto Island Ferry tickets via iPhone, allowing customers to bypass lines.

The ferry to Toronto Island Park is the city’s largest downtown park and last year the ferry took on 1.3 million passengers, with visitors expected to increase this year by as much as 15 per cent.

The City’s goal is to make it faster and easier to buy tickets to visit Toronto Island Park, hence the partnership with Ritual, which allows pre-paying for tickets and food, skipping lines. Ritual tomorrow will start ticket sales within the app, the first mobile app to be connected to the city’s online ticket system for the month of August. 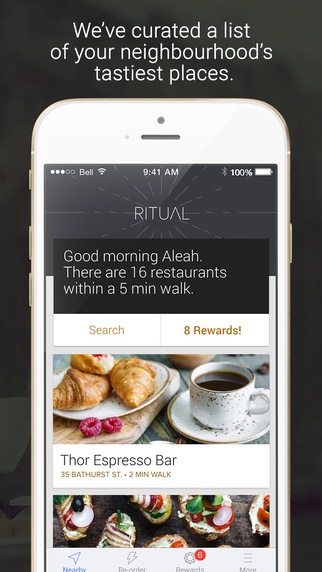 “Toronto Island Park is one of our most beloved destinations for residents and visitors of all ages,” said Mayor Tory. “As demand continues to grow, we want people to have fast, convenient options to purchase ferry tickets, and I’m happy to work with Ritual to improve the ferry experience.”

For those buying 10 or more tickets, there’s a discount of 10 per cent. The City of Toronto wants to encourage more apps to work with them to help sell online tickets.

Click here to download Ritual for iOS in the App Store. Last fall, Ritual was updated to support Apple Pay.