Rockstar Drops the Price of Grand Theft Auto III to $2.99

Back in early December Rockstar announced the 10th anniversary edition of Grand Theft Auto III would be coming to the App Store for the iPhone and iPad. It was released just over a week ago at $4.99, but now it appears the price has been dropped to $2.99, a significant savings. The game comes in at a 462MB download. 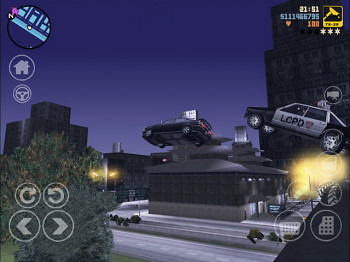 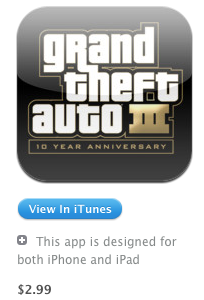 This 10 year anniversary edition of Grand Theft Auto returns to where it all started–Liberty City. If you’ve been considering this game, now is the time to pick it up as the reviews so far have been quite positive. Are you playing GTA3 right now?

Note: Rockstar has also lowered the price of GTA: Chinatown Wars and Beaterator as well, for the holidays.