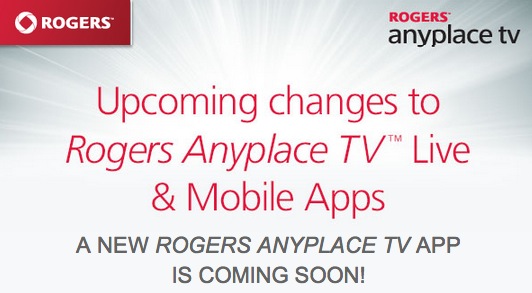 For existing Rogers Anyplace TV Live subscribers, they will continue to be charged $5/month for 5 hours of viewing content over the Rogers wireless network. But for a limited time, there will be no charges for additional viewing hours, according to the email. Rogers says if you do not download the new app, you will not be charged $5/month. 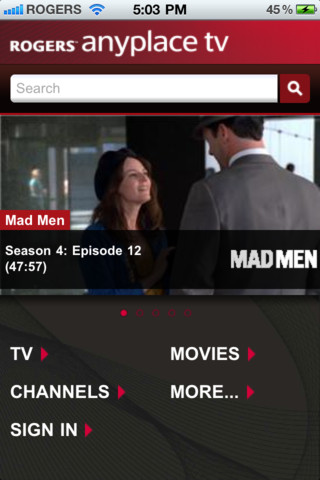 The same policy applies to existing Rogers Anyplace TV Mobile subscribers, but viewing content over Wi-Fi will not result in any additional charges.

For value packs that include Rogers Anyplace TV Live and other mobile apps, users will need to download the new app to watch live and on demand content after April 15th.

Any existing Rogers Anyplace TV users out there?