For those of you who have the new iPhone 5S, we harnessed the magic of the M7 motion co-processor to make tracking workouts with RunKeeper more seamless and insightful than ever. If you’ve ever been walking around a lot and wished you had tracked it with RunKeeper, regret no more! Our new Pocket Track feature tracks walks of at least 15 minutes automatically and gives you the option to add those to your activity list. Just be sure to opt in to background activity tracking when you install this update, and also open up RunKeeper at the end of each day so you can find those walks that were tracked.

As stated, the new Pocket Track feature will track walks of at least 15 minutes automatically, giving you the option to add them to your list. No more forgetting to start RunKeeper on those walks as your data will be recorded. 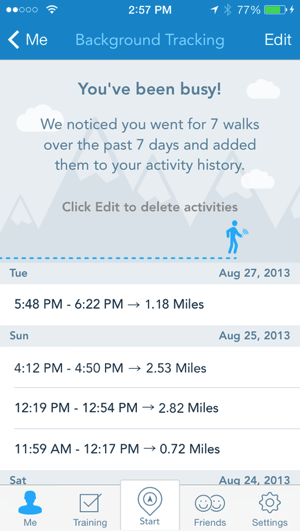 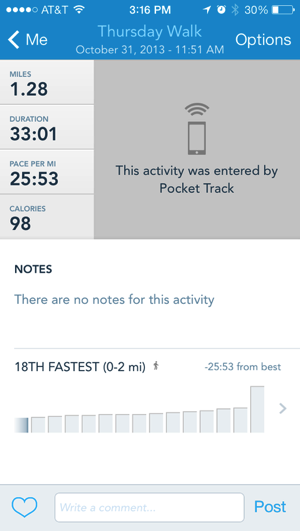 Also new is a stride rate chart to track your steps per minute for walks and runs, plus better auto-pause for both activities as well.

The second feature is AirDrop support for sharing your data with a fellow RunKeeper user. AirDrop is available on the iPhone 5, iPhone 5c and iPhone 5s only within iOS 7 as an easy way to share images or other data wirelessly.