Save-On-Foods Online Shopping Launches in BC Interior, Okanagan [u]

Save-On-Food has announced the launch of online shopping pickup and delivery for their locations in the BC Interior and Okanagan. Customers can place orders on the web and via the grocery chain’s iOS app. 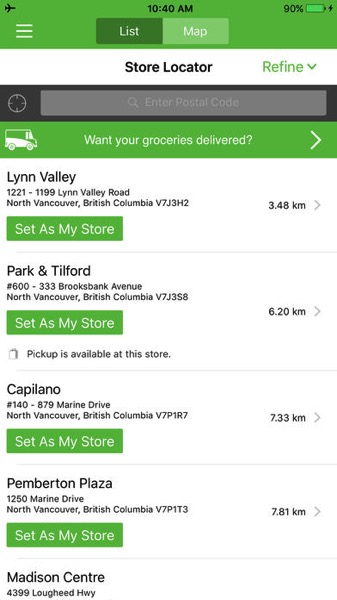 Four Save-On-Foods locations in Kamloops (Valleyview, Sahali, Westsyde and Lansdowne) will now offer pickup only, joining the Brocklehurst store, which launched online shopping back on June 2.

The pickup services is free, while the first home delivery is free too. After that, delivery charges start at $7.95.

In September, Save-On-Foods launched an updated iPhone app for iOS 11, decommissioning an older version. The new version requires a new account to be created, as the old More Rewards login credentials won’t work.

Update Nov. 14: Save-On-Foods has just revised the dates and prices of this launch: