By far one of the best sports tracking apps on the iPhone is ScoreMobile, launched in 2008. Last November the app received cool gesture-based updates, and today some more features have arrived.

The 3.2 update and it brings new features such as a horizontal stats viewer, full team schedules for all leagues, and the addition of the National Lacrosse League (NLL). Included are also a variety of bug fixes too. Check out what’s new below:

We have received lots of feedback since we launched the new ScoreMobile for iPhone app, we’ve taken the best suggestions and have added even more features and fixed a variety of bugs, see below for all of the exciting additions:

• Ability to hide & reorder leagues in League Selector – Simply slide the leagues you don’t want to see below “more leagues” and tap. Those leagues will be hidden from view next time you click the League Selector, pull them above the fold to view them.

• Full team schedules for all leagues

Here’s how the new horizontal stats viewer works. Just go to any player and rotate your iPhone into landscape (there’s a neat reminder of the new feature). Note that orientation lock has to be off for this feature to work. Pics below: 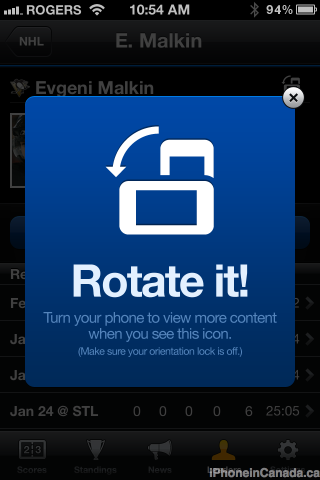 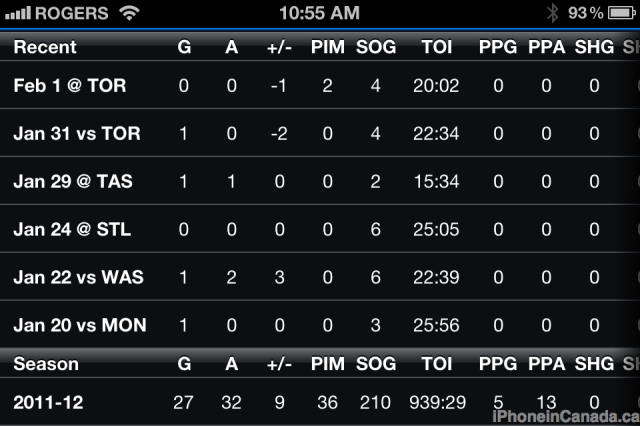