Scotiabank for iPhone Updated with Touch ID Support [u]

Scotiabank has listened to their customers and have finally delivered Touch ID support for logging into the app. Also new is the ability to view your Quick Balance from your Apple Watch face.

What’s New in Version 15.10.0
Sign in to Scotiabank mobile banking with Touch ID.
Your favourite Quick Balance can now be viewed at all times on your Apple Watch face. 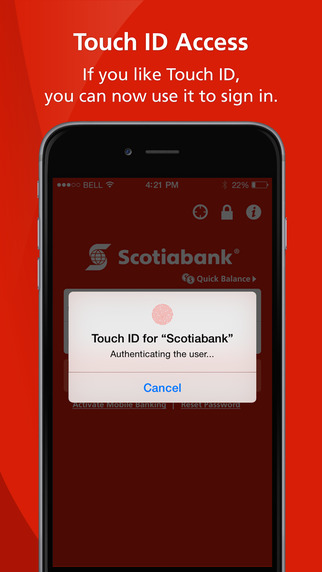 While the addition of Touch ID is great, many customers are still waiting for mobile cheque deposits. Now if only all the other big banks will similarly add Touch ID too (*cough* TD).

Update: Some iPhone customers are getting an error saying Touch ID is only available on “trusted devices” (the option to enable it is greyed out), and are being told to call the bank (thanks Krishna). Apparently an update is coming to address this: 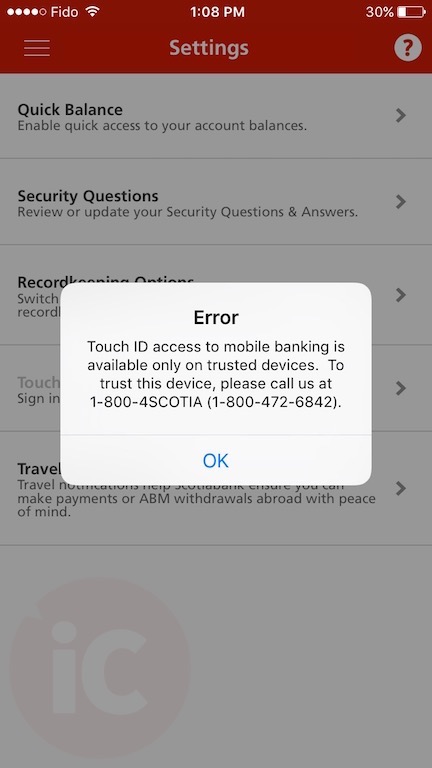