FrontCam Trap is the ultimate spy-shot application. Anyone who touches the “slide to unlock” to get into your device will have their photo automatically taken by the app!

The app is so easy to use with a great user interface. Turn it on, tap the large shield button to arm, and you’re done! FrontCam trap is full of fun moments such as hearing a car alarm-esque armed sound when arming the app or being able to disable the camera shutter sound.

After a photo is taken, it is stored in the app itself for security purposes. Users can further password-protect the photos area of the app. Saved photos are tagged with the time and date and will be automatically uploaded to Dropbox (need an account).

The app also allows users to toggle on an alarm which is a loud horn sound that plays as soon as the app snaps a photo.

The one caveat to note is the app does not run in the background. So you must first launch the app before locking your device

Overall, the app is very sneaky, a lot of fun and works as advertised. If you’ve been having suspicions of people snooping through your device, check out FrontCam Trap in the App Store for $0.99. 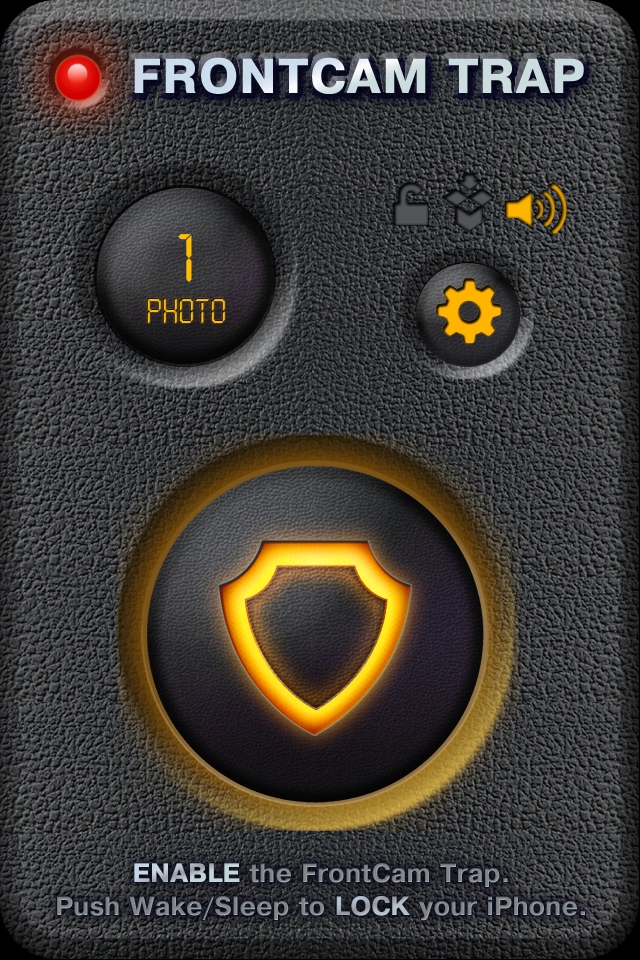