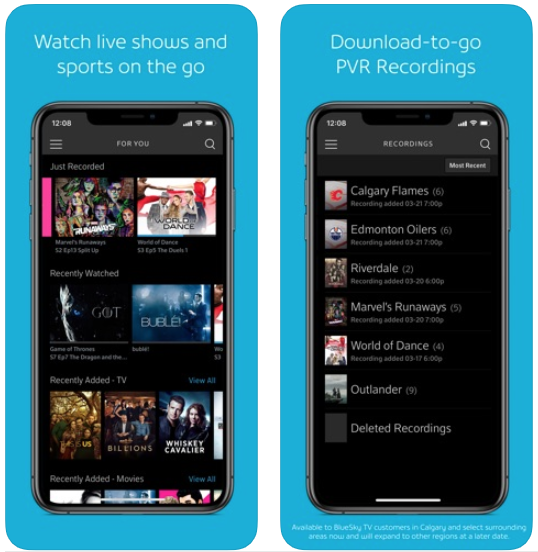 Shaw has updated their FreeRange TV iOS app for iPhone and iPad today, in what the company says are “improvements for Binge Watching.”

When users fast forward to the end of a video, the ‘Up Next’ end card will now show up, allowing you to easily jump to the next episode.

Another feature makes improvements to managing your recording library. “When you’ve watched more than 85% of a Recording and the player is closed, the Recording will be marked as “Watched” and you’ll be given the option to delete the Recording,” explains Shaw.

Back in April, the FreeRange TV iOS app gained improved Skip Forward and Scrub functionality, allowing users to skip forward even when less than 30 seconds of playback is left, letting users jump to the final five seconds of a show or movie.

In March, the app gained the ability for customers to download their PVR recordings and take them on the go, with a rollout available in Calgary first at the time.