ShopWise Updated for the iPhone 5 and Passbook Integration for Deals

ShopWise Canada has been updated with iPhone 5 and iOS 6 support, along with Passbook integration. The app is an offering from Yellow Pages and implements the deep RedFlagDeals community to bring the best deals to Canadians.

The biggest and most important part of this update is the new integration with Passbook for deals. With Black Friday coming up this week, you can easily save any deals for specific stores you see to Passbook for handy reference. The backside of the Passbook cards the deals listed from ShopWise, making it very easy to find exactly what you’re looking for. I can also see this coming in handy when it comes to Boxing Day.

Below are pictures of Passbook integration and iPhone 5 support. As you can see I was able to easily add deals from The Bay’s Black Friday Flyer: 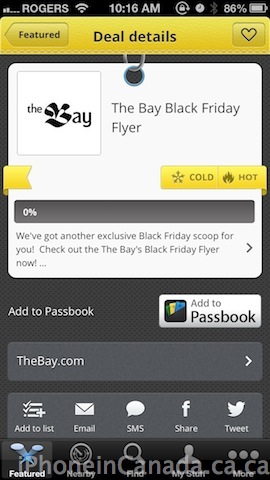 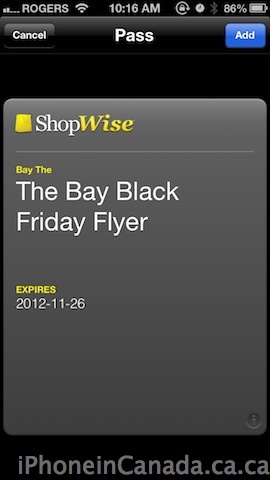 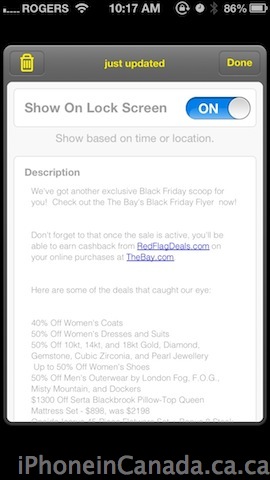 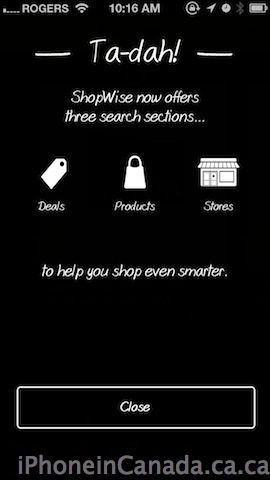 ShopWise debuted last November in the App Store. Click here to download–it’s free. Let me know what you think of it.