If you liked it on mobile, you can now have the app praised by Edward Snowden and security experts: Signal has rolled out desktop support. 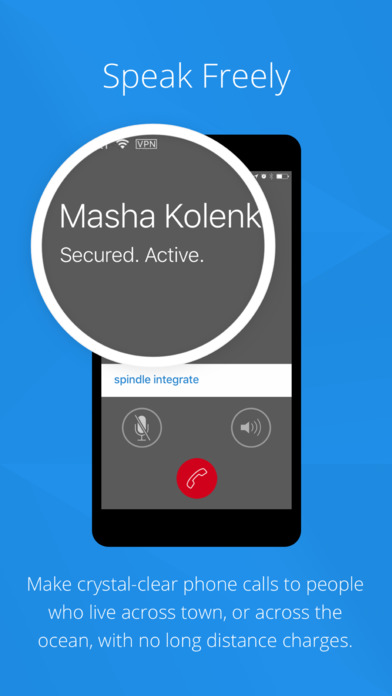 Open Whispers Systems, the developers behind the encrypted chat app available for iPhone, has announced a new update to its iPhone app enabling multi-device support. This means you can switch from your iPhone to your Mac and have the same encrypted chat experience.

To do that, you need to link a desktop client from within the Signal iPhone app, and that’s it. Android users have been able to do this since April, but now iOS users can do the same.

“It works pretty seamlessly, you just authorize a desktop app from your phone. Then you can send and receive messages from your phone or the desktop,” Signal’s lead developer Moxie Marlinspike told TechCrunch.

As TechCrunch points out, adding desktop support for encrypted apps can be challenging, because the user’s decryption key needs to be stored safely across all devices.

Apple has already marked that as done with the launch of iMessage: It sends unique keys for every device and sends the messages to each device in duplicate.

Signal has taken a different and more complicated approach, but as Marlinspike informed TechCrunch, the most important thing is that it will keep the same identity key on both the iPhone and Mac/PC.