Apple’s Siri Can Now Order Your Favourites from Subway Canada 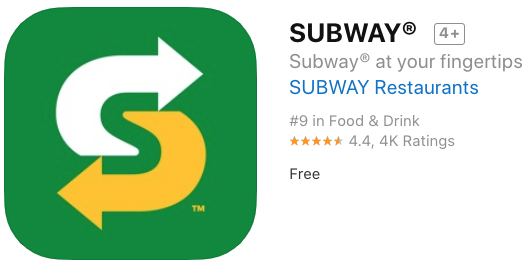 The Subway Canada iOS app was recently updated to support mobile ordering and pick up in stores, and now the app has been updated to let Apple’s virtual assistant order your favourite items from the sandwich maker.

“Hey Siri, order my favorite from Subway!” You can now order your favorite Subway® items using Siri – save a shortcut today!

Theoretically, if you have favourites saved within the Subway Canada app, once you set up a Siri Shortcut (which nobody really knows how to do), you can get Siri to order your favourite sandwich from the restaurant chain.

Let us know in the comments if you were able to figure out how to create a Siri Shortcut for the Subway Canada app. We’ve reached out to the developers for clarification on how to set this up.