Tempo is a smart calendar that just launched to users in Canada, with a wait list system similar to what we have previously seen from Mailbox. What is Tempo? It’s based on SRI (the birthplace of Siri):

Tempo is like having your own personal assistant prepare you for what’s next. It’s the only mobile calendar that intelligently enhances your meetings and events by connecting emails, contacts and location to your calendar. Tempo puts more in your calendar so you get more out of your day!

With details displayed right in your Tempo calendar, you’ll never again fumble across apps trying to complete a simple task, such as finding a meeting agenda or someone’s phone number. Tempo fills in the details even when you don’t enter them in your calendar. It knows what you need and what you want to get done. The more you use Tempo the smarter it gets!

Speaking with The Next Web, the app’s CEO had this to say:

Raj Singh, Tempo AI’s CEO, says that the move to Canada is something he’s excited about: “Our goal is to bring the Tempo experience to as many users as fast as we can.”

Today the app also brings support for multiple devices to access the same calendar by signing in. With one tap, Tempo can help you easily accomplish a task such as sending pre-populated “running late” emails or give estimated driving times. 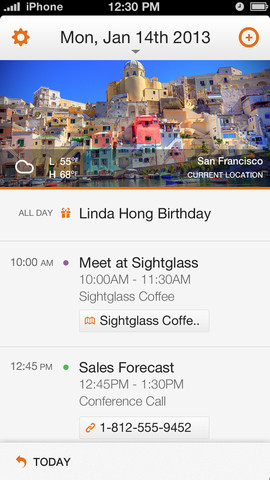 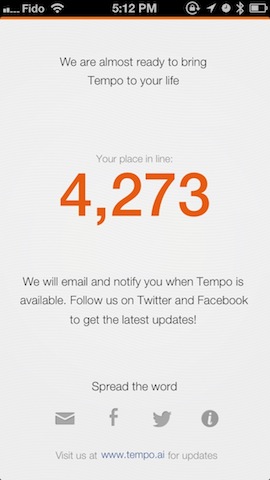