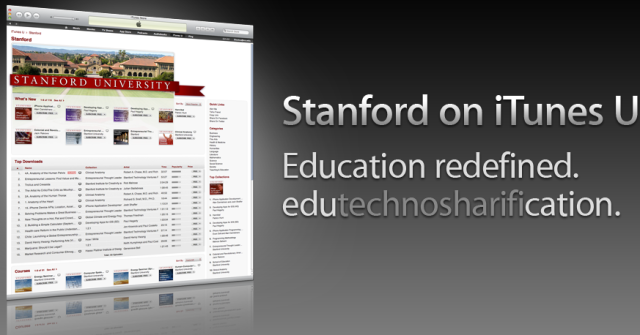 Want to learn how to create your own iPhone or iPad apps? Learn how from Stanford University as they have released the latest edition of their iPhone Application Development courses in iTunes, updated for iOS 5. Back in 2009, Stanford’s first iPhone apps course set iTunes history as it hit one million downloads in just seven weeks. We now know why, as a well made apps that go viral can turn developers into ‘millionaires’ overnight.

Instructor Paul Hegarty attributes the course popularity to the appeal of Apple products and the instant gratification of creating apps for mobile devices. “There’s something about developing for the iOS platform that’s really exciting and fun because it runs on devices that everybody has in their purses or pockets, ” he said.

“There aren’t a lot of courses you can take that when you get to the end, to your final project, you can take it out of your pocket and show your friends.”

There are two Stanford prerequisite courses required before you attempt to build your own apps. They are Programming Methodology and Programming Abstractions, both available on iTunes U. Are you going to build some apps today?