Another week, and another Pick of the Week from Starbucks. These are the free promo codes for various apps that debut every Tuesday. The free app this week is the game Where’s My Water (regularly 99 cents), by Disney (a couple weeks ago it was Instapaper).

The game currently features over 200 levels and has positive reviews in iTunes. Here’s the description:

Where’s My Water? is a challenging physics-based puzzler complete with vibrant graphics, intuitive controls, and a sensational soundtrack. To be successful, you need to be clever and keep an eye out for algae, toxic ooze, triggers, and traps.

The free Pick of the Week cards are usually located near the counter where you pick up your beverage at Starbucks. All you have to do is redeem the promo code on the back. Here’s what this week’s card looks like (thanks @swotam!): 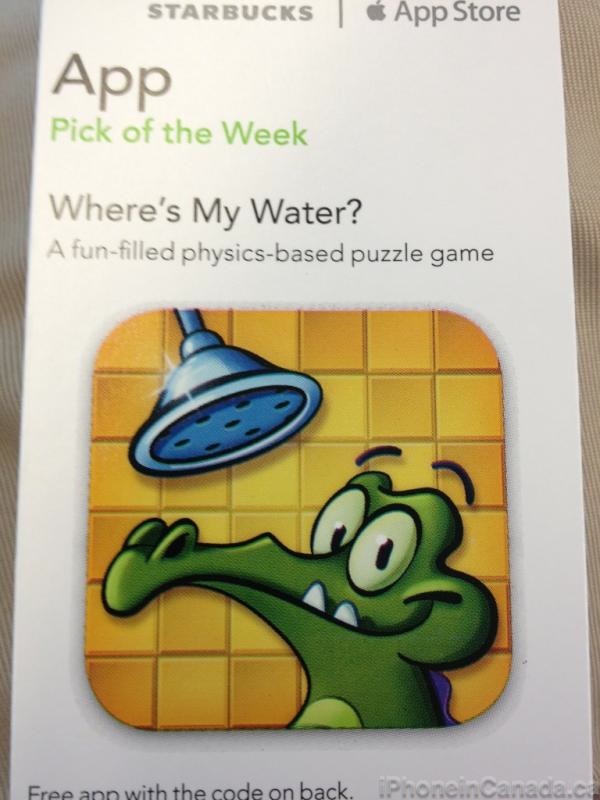 …and here’s FOUR free promo codes thanks to @ReyPam: 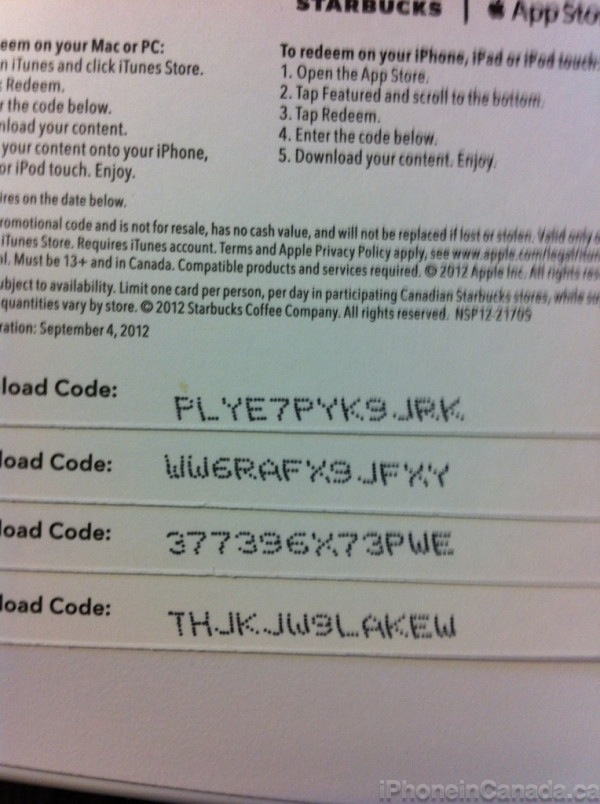 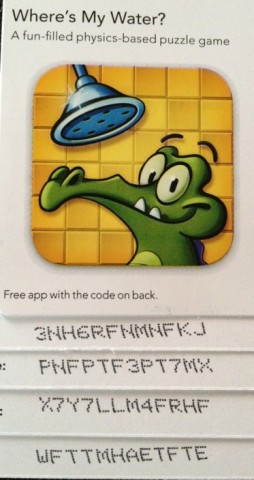 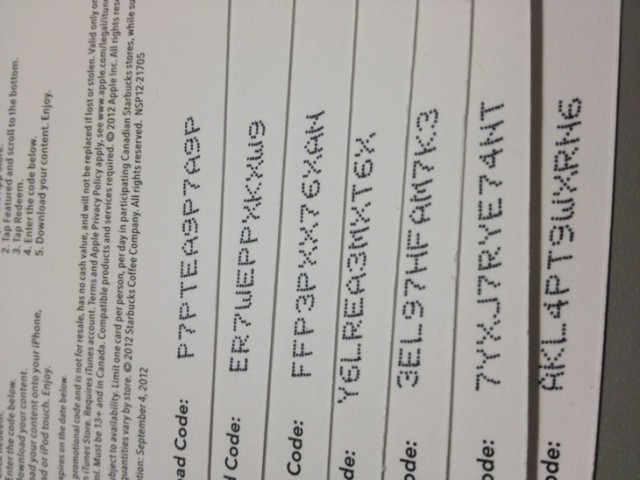 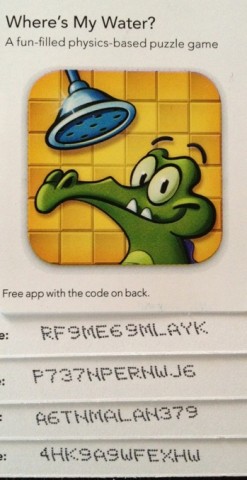 Enjoy, and let us know how you like the game in the comments!