Starbucks App Pick of the Week: Draw Something [Update]

For all you Starbucks fans, you have probably been enjoying their weekly app and song picks of the week. This week’s app pick is the popular (is it still popular?!) Draw Something, which is regularly priced at $2.99 in the App Store. Draw Something exploded onto the world stage and surpassed 20 million downloads in five short weeks. The addictive social drawing game was eventually snapped up by Zynga for $200 million dollars shortly afterwards.

This version available via Starbucks is the ad-free version. Look for the following card at your local Starbucks location below–the promo code to redeem is on the back: 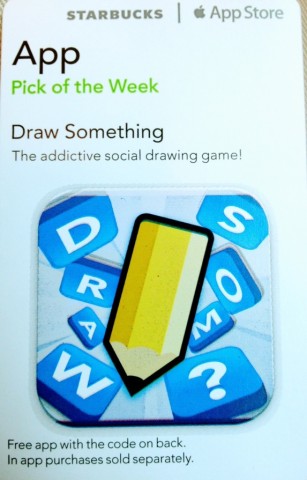 Are you still playing Draw Something?

Update: Here are 12 free Draw Something codes courtesy of @swotam: 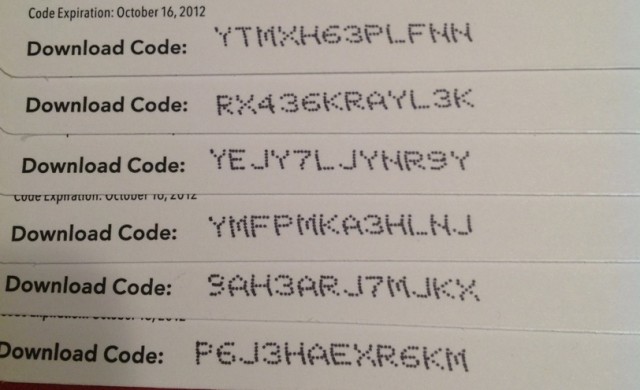 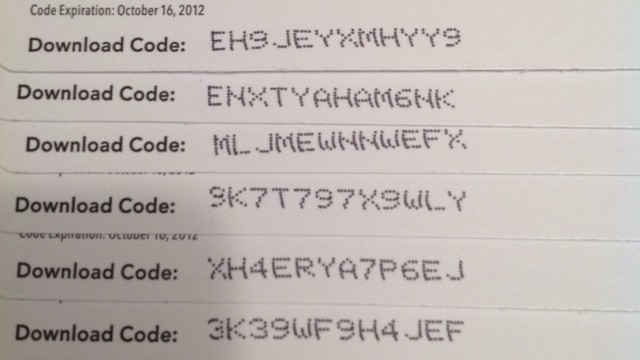 Update 2: We have 19 more codes for y’all thanks to @shuether! Enjoy!