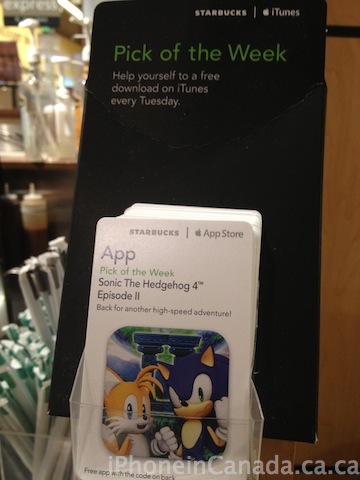 This week’s Starbucks App Pick of the Week is Sonic the Hedgehog 4, Episode II. The game is regularly priced at $6.99, so this week’s free pick definitely has lots of ‘value’. The game was rated as the iPhone/iPod game of the year in the 2012 iLounge Buyers Guide. 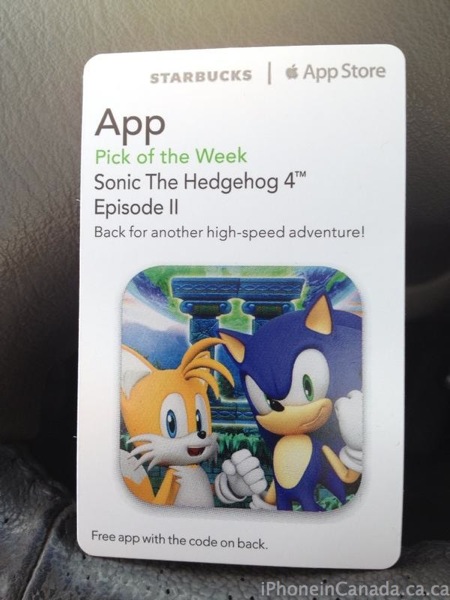 The game features a collaborative play mode via Bluetooth so you can play with a friend and also has Cloud Saves so you can save on one device and resume on another. The game is still waiting for an iPhone 5 update and also some reviews note it still needs to be updated for the iPad 3’s Retina display. Either way, at $6.99 this looks to be a worthwhile free pick. 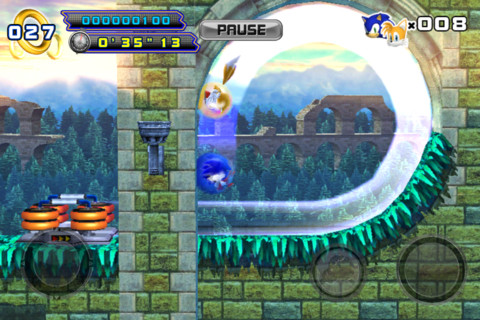 Let us know if you managed to snag one of these cards. Sonic the Hedgehog is a classic game.

Update: Thanks to some awesome readers for the following promo codes! Via @saltevan: 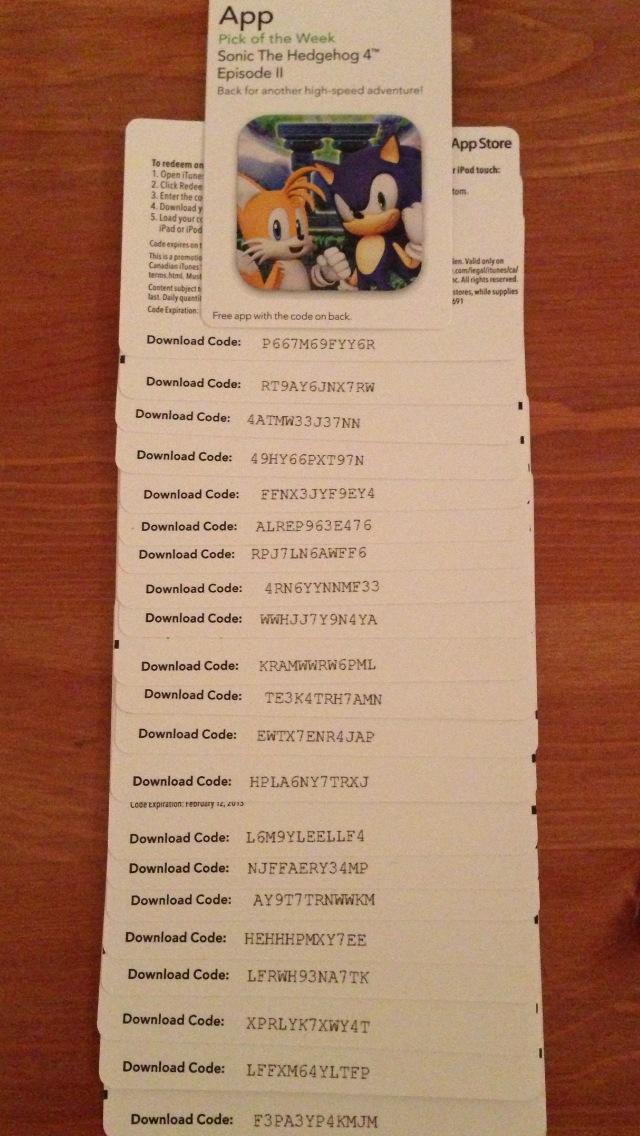 Via Tobiasz via email: 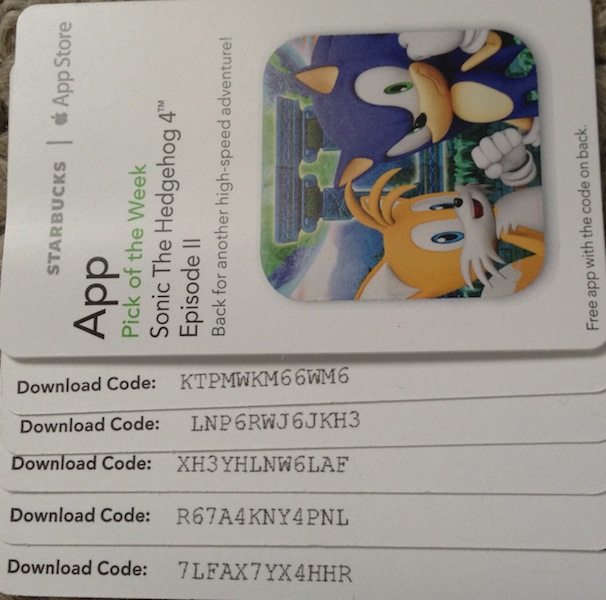 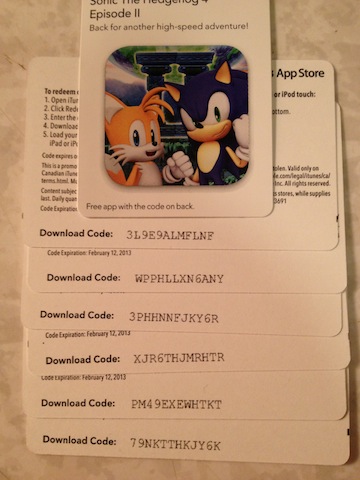 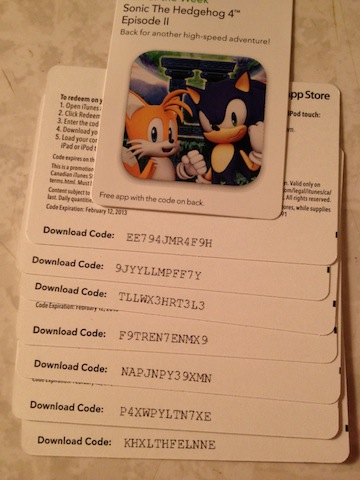 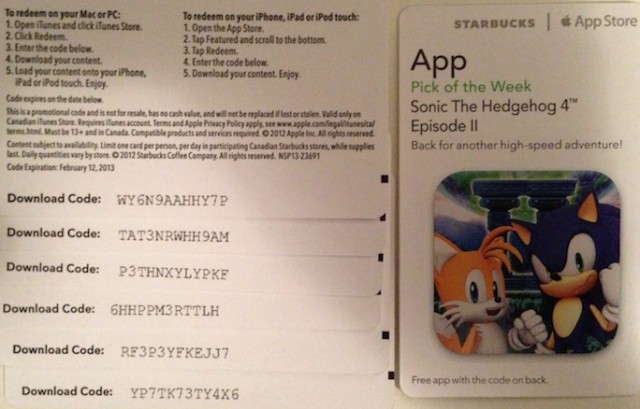 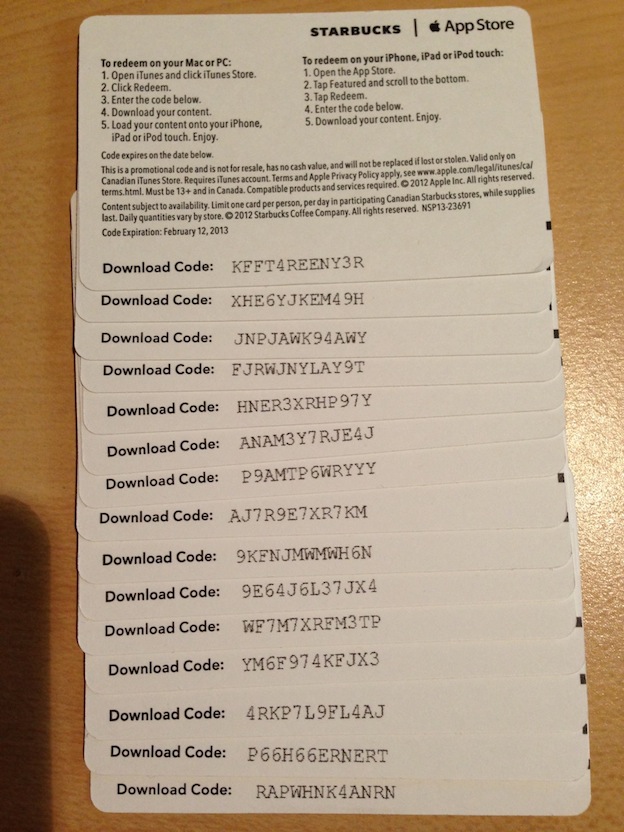