Starbucks Pick of the Week: The Simpsons – Treehouse of Horror Original Episode

This week’s Starbucks Pick of the Week is a free TV episode that will bring back some nostalgia. Up for grabs is an episode from The Simpsons, the original Treehouse of Horror episode, which first aired almost 22 years ago on October 24, 1990. The 23 minute episode is regularly priced at $2.49 but you can get it for free at Starbucks (or via our promo codes below; thanks @swotam!): 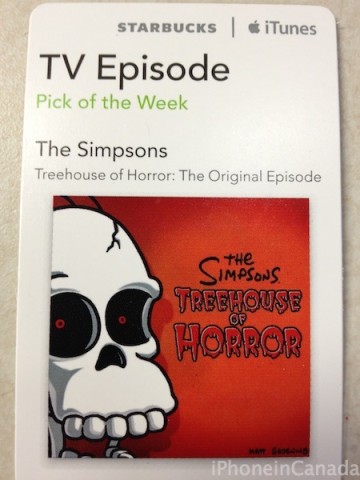 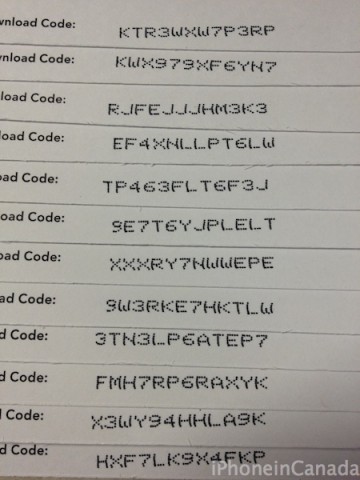 Let us know if you managed to grab a promo code! You can find promo code cards at any Starbucks location.

Update: here are 19 more promo codes thanks to @matthewsantoro: 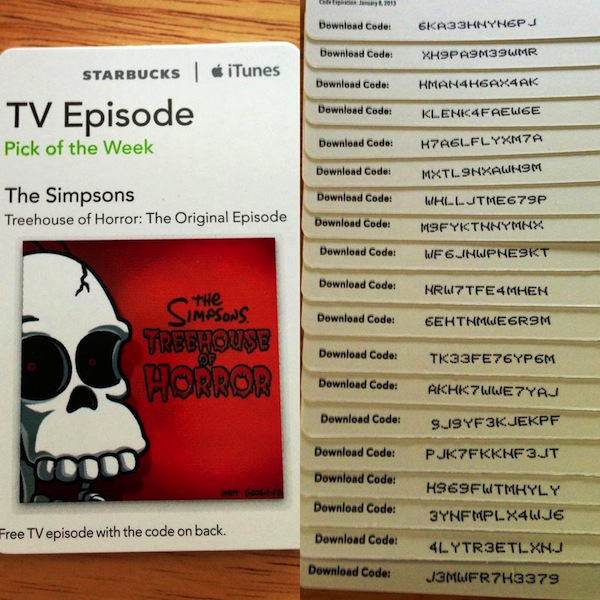