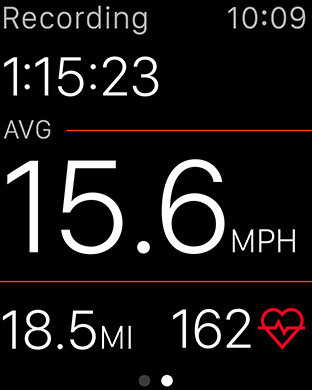 What’s New in Version 4.9
We’ve fully upgraded how your photos are displayed. You can now add captions, and photos are in a vertical scroll to better tell the story of your activity.

In order for heart rate tracking to work, you will be prompted to allow Strava to read heart rate data from the Health app.

Also new in this update, is the ability to add captions to photos, which now scroll vertically “to better tell the story of your activity.”