TAG Taxi App: Order a Taxi in Montreal From Your iPhone

A new app has hit the App Store called TAG (Taxi Assigned by Geolocation) aims to make ordering a cab a breeze right from your iPhone. The app has launched in Montreal and will enable customers to ‘call’ a cab with a few taps, utilizing your geolocation in the process.

The current area covers Downtown Montreal, northbound but the service has plans to wide its coverage. The app has a clean design and is very simple to use. It allows customers to specify their payment and ride preferences when ordering a taxi, which is pretty important. 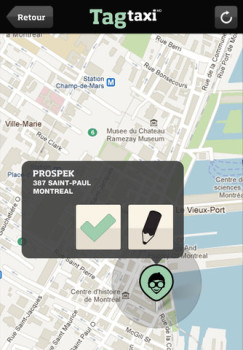 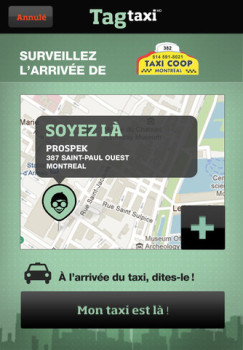 The TAG Taxi team told us they are in discussions with companies in Toronto and the GTA, and would like to launch in other Canadian cities in the next 6-9 months. For Vancouverites and those in BC, we previously have seen a similar app in TaxiNow. Demo video below:

TAG Taxi is free–download it here from the App Store.

Let us know how this app works for you!