If you’re using Tangerine Bank’s Apple Watch app, you now have a new feature utilizing the Force Touch feature: paying bills. This feature arrived today as part of an update to the bank’s iOS app, which also added a new ABM locator widget to Notification Center, to make finding a bank machine faster and easier. 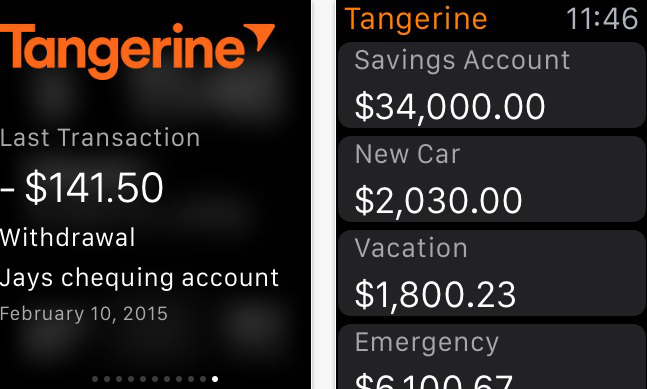 Now when you need to pay some bills, all you have to do is use the force (touch).