The 2016 Rio Olympics officially kick off today, and you can catch it all live on your mobile with the CBC Rio 2016 app. But there’s also an official app for the Canadian Olympic Team, known as Team Canada for iOS, which is now available too.

The app offers the following features: 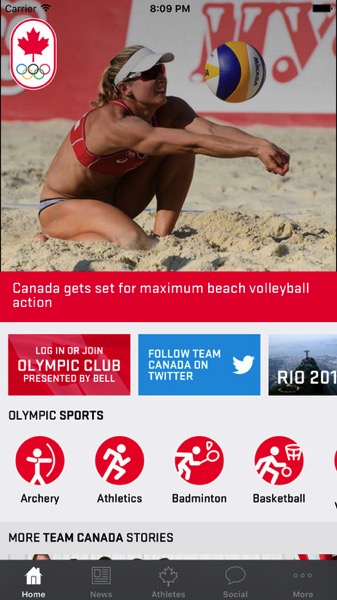 Click here to download Team Canada for iOS in the App Store—it’s available for iPhone and iPad and is 40MB in size.