Video analysis apps are helping coaches fine-tune their athlete’s at the 2014 Winter Olympics in Sochi, bringing a technological advantage and potential edge over competitors, reports Reuters.

Scott Novack, from the U.S. Bobsled and Skeleton Federation says they use the iOS app Ubersense, which allows them to review runs side by side in slow motion and can catch when Olympians are hitting walls and slowing down during runs.

Novack says the U.S. team employs various people at different curves armed with iPads to record performance using Ubersense, with clips synced automatically across devices to allow coaches to review them instantly and make adjustments on the fly.

Ubersense Co-founder and CEO Krishna Ramchandran told BostInno they have been working solely with Apple devices as it is the best platform for their uses:

We have been exclusive to the Apple ecosystem so far because Ubersense does sophisticated video encoding for the best sports analysis experience, and iOS and the iPad/iPhone/iTouch have been the only combination that has enabled us to do what we need to best serve our users.

By using iPads this time around instead of their previous complex Slingbox setup at the 2010 Winter Games in Vancouver, it has allowed for more mobility and ease of use. 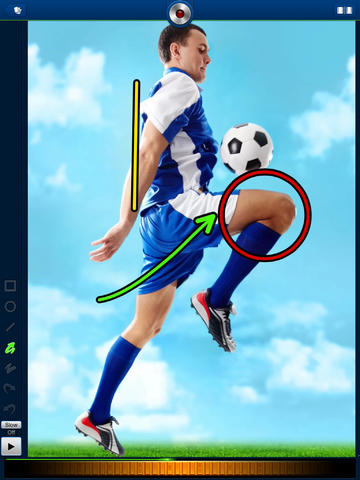 Mike Kujansuu from Coach’s Eye said the use of their iPad app allows coaches to follow their athletes and track performance, sometimes even following athletes as they make their way down ski hills to maximize recording angles.

When the different between gold and silver can come down to tenths and hundredths of a second, being able to analyze where improvements can be made can distinguish between a podium finish or sitting on the sidelines.