Bandai Namco has soft-launched Tekken Mobile for iOS in Canada, letting Canadians get first dibs on this brand new game, built from the ground up.

Users will be able to collect over 100 characters plus upgrade and unlock over 20 unique special moves per fighter. The game has various fighting modes, include story mode missions, online versus battle, a dojo challenge plus ongoing live event challenges. 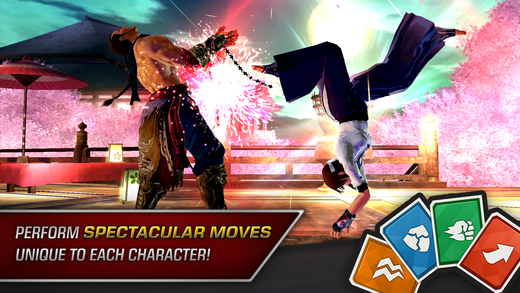 Early reviews in iTunes have been very positive, with many enjoying the gameplay and how the cards work.

Click here to download Tekken Mobile for iOS in the App Store—It’s only available in Canada for now.