The â€œMy Accountâ€ app allows Rogers/Fido customers to view the amount of minutes, data and messages that they have used so far in the month, the amount of remaining usage for the month and how many minutes/data/messages their plan includes per month.

The app further allows users to view the amount of their current and last month invoice and also pay for the current invoice via credit card.

Now, it looks like Telus will be launching a similar service, but it will be entirely web based. The new dedicated Telus account management mobile site allows users to view their airtime usage, data usage, make payments, and also modify price plans.

The site is located at mobile.telus.com and users can log in with their Telus username and password (or create one for the first time).

What do you think Telus customers?

Thanks to all those who sent this in! 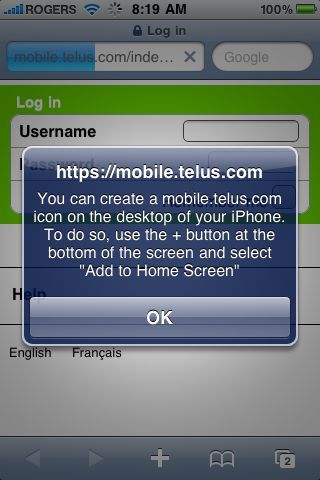 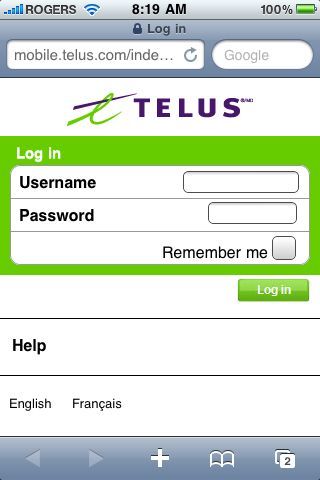