Last week it was rumoured China’s Tencent was ready to buy Supercell, the makers of the hit mobile game Clash of Clans, from Japan’s SoftBank.

Today, the rumoured deal became official, with Tencent spending $8.6 billion, which will give the latter an 84.3% stake in the company, valuing the Finnish company at $10.2 billion, almost doubling its valuation compared to a year ago, report the WSJ.

Tencent President Martin Lau said on a conference call, “We are very bullish on the (mobile games) market.” 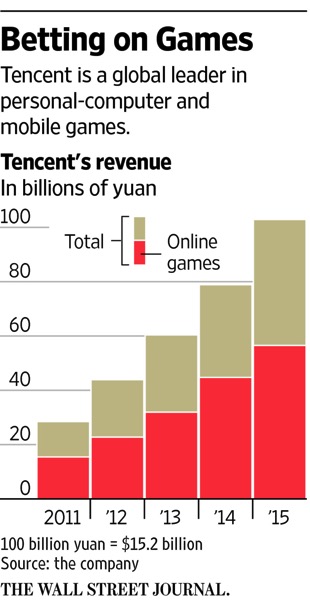 Tencent also owns Riot Games, makers of the hit PC game “League of Legends”, acquired back in 2011. Last year, according to research firm SuperData, the game was the world’s top-grossing PC game, garnering $1.63 billion in revenue. Tencent is betting on similar success with Supercell’s mobile games in China.

Supercell Chief Executive Ilkka Paananen said “We are expecting to launch very soon on those platforms,” referring on upcoming integration into Tencent’s WeChat and other social platforms in China.

Sources tell the WSJ, Tencent’s president flew to Helsinki earlier this year in an attempt to convince Supercell’s founders to support a sale, while Lau said on Tuesday he was interested in the Finnish company as far back as 2013, even before it sold a major stake to Japan’s SoftBank.

Supercell’s headquarters will remain in Helsinki, while they are being promised “all the independence it wants” by Tencent.

To think the valuation of Supercell nearly doubling in just one year is insane. $8.6 billion will buy a lot of gems in Clash of Clans, but still not enough to max out the bloody game.