theScore Looks to Reinvent Itself as a Mobile App Developer 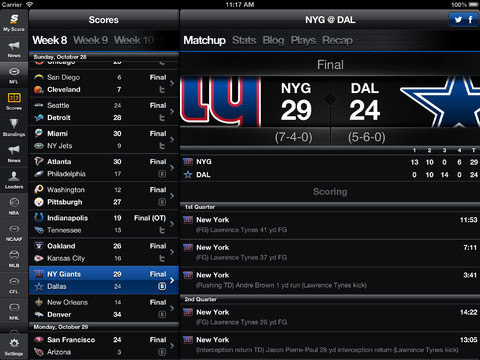 A couple days ago ScoreMobile for iOS changed its name to theScore, as part of the new Score Digital, after Rogers bought out theScore’s television network in August (Rogers owns a 10% stake in the Score Digital).

The Globe and Mail has a story covering the ambitions of the new digital company, which looks to be a bumpy road ahead as it recently posted a $1.8 million loss in 2012 Q4, on revenue of $1.3 million. But theScore CEO John Levy sees a long term approach to success:

“This is not going to happen overnight and the first iteration won’t be the last,” Mr. Levy said as he talked about the prospect of a string of quarterly losses as he tries to monetize his sports data apps that run on smartphones and tablets. “We see a huge opportunity. We may lose money for the first couple of years, but I’ll bet we’ll have enough capital to do that in exchange for rapid growth.”

The Score Digital has roughly 70 employees has moved out of its downtown office into a more humble and modest space. It plans to use content from its notable sports blogs such as The Basketball Jones to drive traffic to its website and apps.

Levy sees an opportunity in the sports apps as he says “nobody has figured out how to do mobile news yet in the sports world,” and hopes to make theScore apps even more addictive for users, which currently sit at over 3.5 million.

Over 70 percent of its users are based in the USA and their apps run 120 million user sessions every month (a 164% increase compared to a year ago) and was also named as the best sports app by Apple back in 2011, beating out other heavyweights such as ESPN.

theScore remains a leader when it comes to sports apps on the iPhone and iPad. It’ll be interesting to see what else the company has in store for the future.