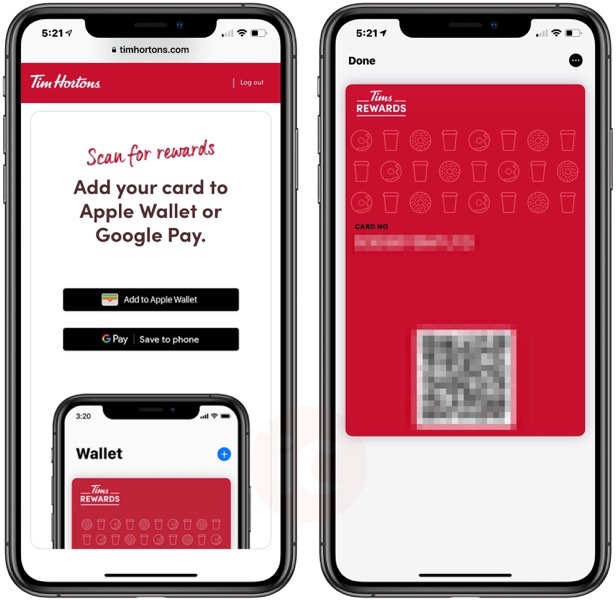 Tim Hortons for iOS has been updated to now let you add your Tim Rewards card to Apple Wallet, which according to the description, makes it sound like directly from the app.

According to the app update description:

By popular demand, in this update we have added (drum roll please..) the ability to add your Tims Rewards card to your Apple Wallet.

Now, after exploring the app, we couldn’t find how to add your Tims Card to Apple Wallet within the app. Update: force closing and reopening the app made the “Add to Wallet icon appear for us (Thanks Scott!).

Tim Hortons launched their rewards program in Canada back on March 19th, offering a free reward after 7 purchases.