Right now the top paid app in the Canadian and U.S. App Store charts is the unique puzzler Blek, which the founder’s brother describes as “an open-ended experience with singular game mechanics and deep, bauhaus-informed design.” 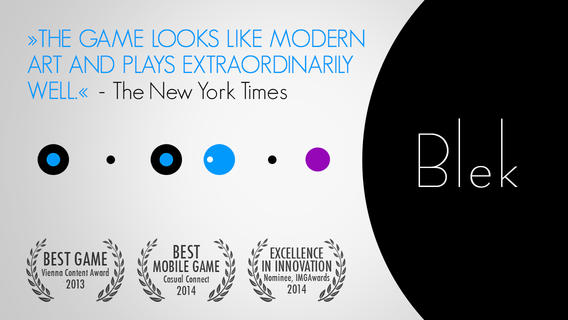 That being said, Blek is a game that is quickly moving up the App Store ranks worldwide and right now it’s on sale for $0.99 (normally $2.99). The title looks pretty unique with its gameplay and simple graphics. iTunes reviews are positives but there are some mixed reviews about the game based on its $2.99 price.

We haven’t played this yet, but you can check out the trailer below: