Users of TSN GO for iOS today have more live streaming feeds from the app, as channels TSN1 through TSN5 have been added.

What’s New in Version 2.6.0
TSN is expanding its lineup to 5 national feeds to deliver more of what you expect from Canada’s Sports Leader.

The screenshot below shows where you can now access all five national TSN broadcasts live, via the sidebar: 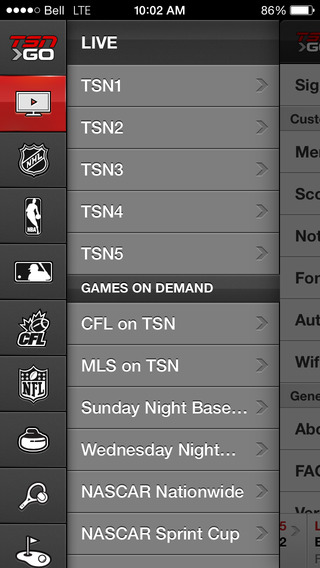 TSN GO launched back in March, ahead of NCAA March Madness. The app currently is available for Rogers and Bell TV customers (it should work for Shaw customers by now?) and regional blackouts apply.