Tubi offers free streaming movies and TV shows in Canada—supported by commercials—and is currently rising up the ranks in the App Store, currently sitting in the third spot under Free Apps within Top Charts.

The legal streaming service offers thousands of titles from studios such as Paramount, Lionsgate, MGM, Starz and more, noting there is “content from over 200 partners,” with commercials inserted throughout. 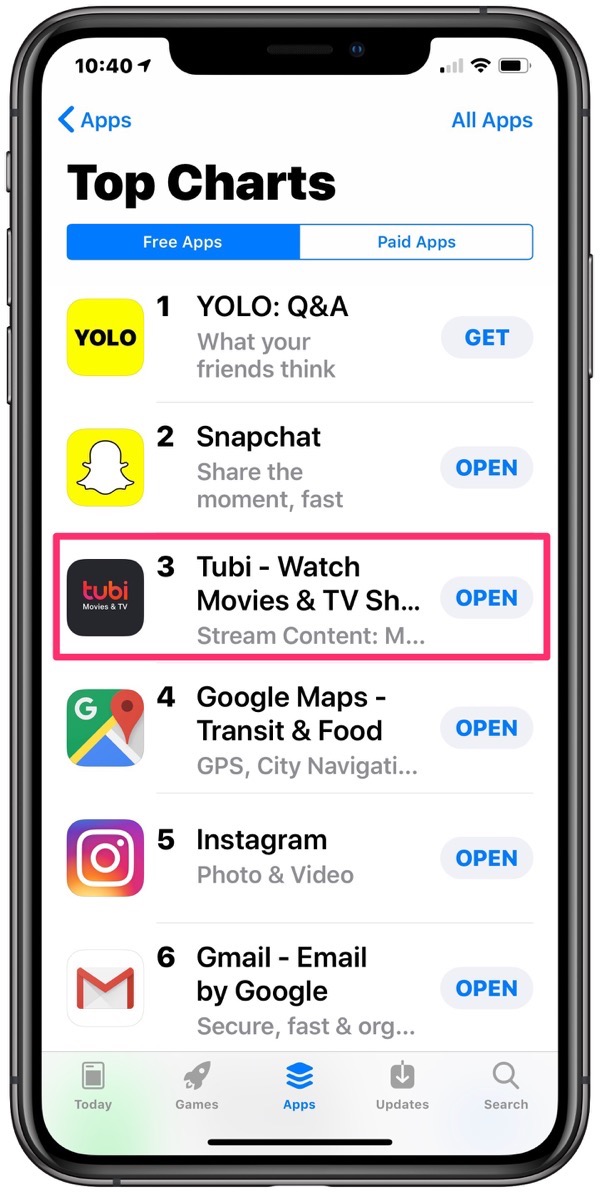 The titles are ones you’d find from the bargain DVD bin at Walmart, but there are some hidden gems. For the most part, there are some older TV shows and movies, which will bring back nostalgia for older viewers:

Check out our variety of well-known titles and exclusive categories – including “Not On Netflix” and “Highly Rated On Rotten Tomatoes” – always free. You can find award-winning films and TV shows that span more than 40 genres from comedy, drama, family & kids, classics and horror, to niche favorites such as Korean dramas, anime and British TV. The videos have commercials, so you get everything for free legally and don’t have to spend a single cent. Using Tubi is a smart way to save money.

Tubi is available on Android, iOS, Roku, Apple TV, Amazon Fire TV, Xfinity X1, Xbox, Samsung Smart TVs, Sony Smart TVs, PlayStation and the web, while the app supports AirPlay and casting with Chromecast. Cord cutters can use Tubi as another way to watch free content without paying for cable.