Twitter For iOS To Receive A Massive Update With Interactive Notifications

The next update of Twitter app for iPhone and iPad is set to bring tons of great new features, most of which will focus on interactivity, enhanced notifications, searching and performance, as discovered by 9to5Mac through a bug in the iOS 6 App Store which has leaked the next version’s release notes. The source points out that Version 4.3 of the official Twitter app will also feature the new Twitter logo as app’s springboard icon.

Here are the new features summarized from Twitter’s release notes:

Check out the release notes screenshots from the iOS 6 App Store: 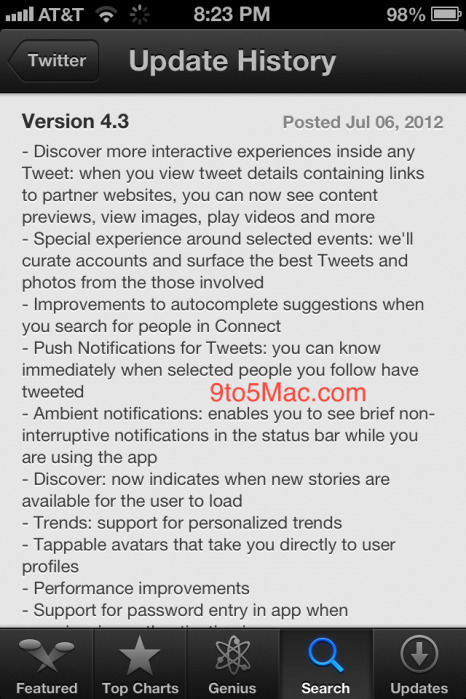 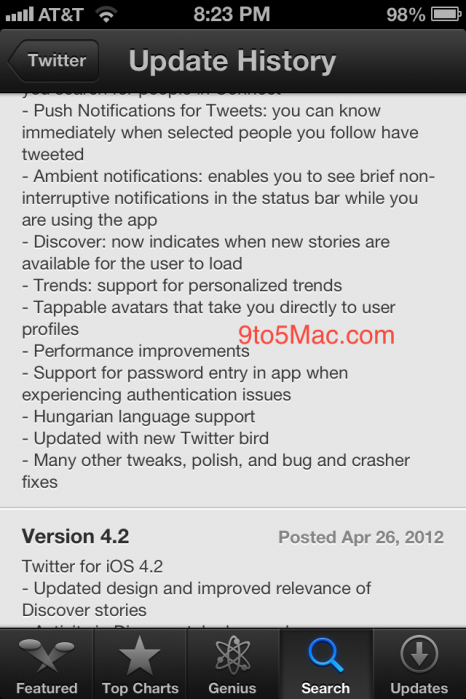