Uber iOS App Updated with Apple Pay for the USA, Canadians Can Only Dream

More and more apps are being updated with Apple Pay support for the U.S., now that iOS 8.1 released this morning has launched Apple Pay.

Game-changing taxi service Uber has updated their US app to support Apple Pay, touting “One tap to ride and one tap to pay… it doesn’t get any easier than that.”

What’s New in Version 2.45
Apple Pay integration is here! iPhone 6 and iPhone 6 Plus users have a new, convenient way to pay for their rides — just swipe your finger across the Home button using your phone’s Touch ID technology. 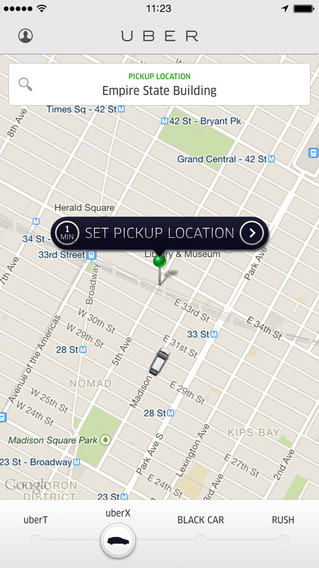 The Canadian version of the app has received some design and localization updates but obviously does not have Apple Pay support. Heck, some Canadian cities don’t even have Uber yet since local taxi companies have opposed the service (we’re looking at you, Vancouver).

We’ve made design and localization updates to improve the Uber experience around the globe.

** Uber saves time by connecting you to a driver as quickly as possible. If you like the service, please consider using those extra few minutes to review our app. **

As more and more people use Apple Pay, we’ll be hearing about first-hand experiences real soon. Canada does not have Apple Pay yet, but it is predicted to launch sometime in 2015 or maybe later (we don’t even have iTunes Radio yet!).