Valpak offers numerous coupons for a variety of retailers and restaurants and their iOS app was recently updated to support Passbook integration:

As one of the first providers of local coupons in Passbook, Valpak once again is leading the charge in making coupons accessible to consumers anywhere@anytime. “We certainly recognize the significant consumer convenience this brings,” said Michael Vivio, president of Cox Target Media, provider of Valpak. “Now that Valpak is integrated with Passbook, it’s easier than ever for consumer’s to interact with their favorite small businesses using this leading edge technology.”

The app automatically detects your location and then displays coupons within a 25 kilometre radius. Once you select an offer, an option appears to add that coupon to Passbook. It’s a fairly simple process and early tests by @justinluey notes the integration works well so far. Take a look below: 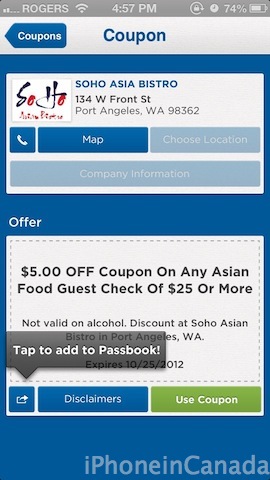 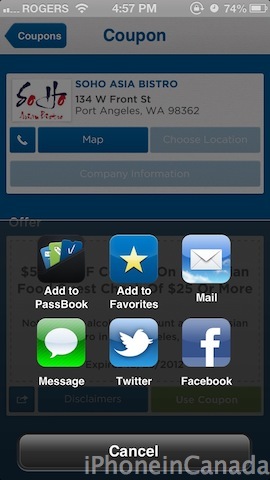 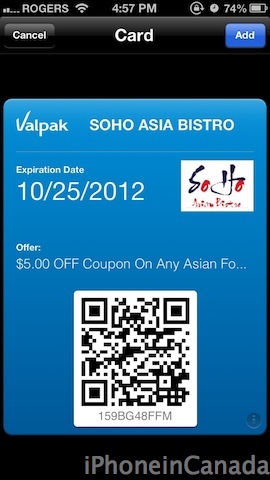 Click here to download Valpak in the App Store–it’s free. Offers seem to be limited to your area, so give this a try and share with us if coupons are available where you live.

Passbook so far can be tested out with Cineplex Mobile in Canada, Porter Airlines and unofficially Starbucks (if you use our workaround).