Last month, we reviewed the Verbs multi-account instant messaging app which even though isn’t quite as feature rich as its competitors, is without a doubt the most beautifully designed IM app for iOS. Previous upgrade brought Push Notifications as well as Facebook and MobileMe support to the app. Now, another major update has been pushed which brings the same good looks to the big screen of iPad. The $0.99 app is now a universal binary which means it has been optimized for both iPhone/iPod and the iPad. 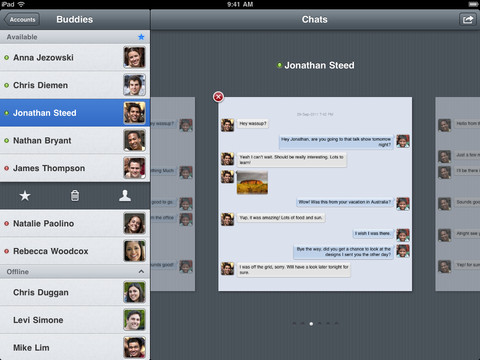 Verbs Pro:
? Receive Push Notifications for received messages.
? Keep your accounts logged in for up to 7 days!
? Saves battery by routing all accounts through a single network connection.
? Secure and encrypted. 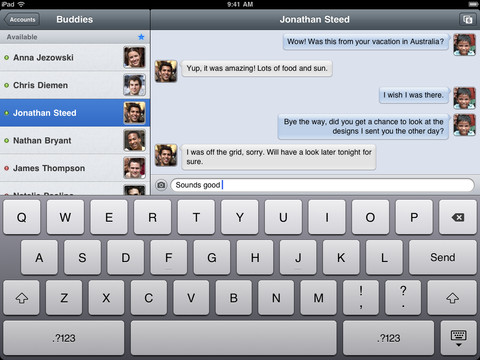 Here is the direct iTunes link: