VEVO has announced at SXSW the update of its VEVO iOS app to launch VEVO TV, a 24/7 channel to stream music videos, similar to the old school days when we were glued to MTV and Much Music (where’s Master T at nowadays?) before YouTube came along, reports The Next Web:

Michael Cerda, VP of Product & Engineering at VEVO, told me at SXSW that the TV channel has been introduced as a way to tackle the “paradox of choice,” where consumers are overwhelmed by too many media options. He says that young people of the millennial generation who have never a known a world without the Internet missed the heyday of music video channels.

That is so true. Gone are the days of scrounging for CDs at A&B Sound and waiting for your favourite music video to play on TV 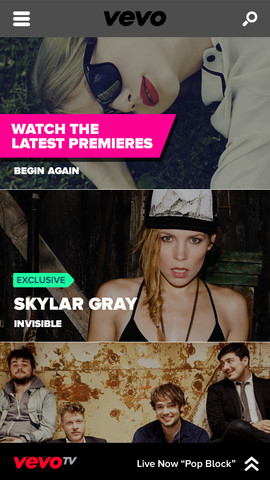 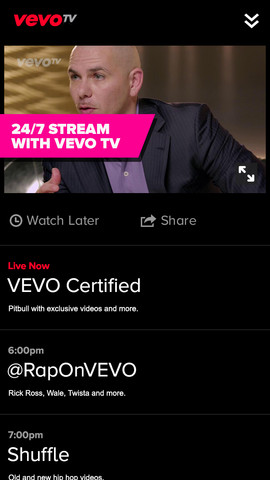 VEVO TV requires Facebook to login to access the video stream, so that’s one thing to be aware of (just create a dummy Facebook account already). AirPlay to the Apple TV isn’t built into the app, but it instructs you to rather use AirPlay Mirroring to stream to the Apple device.