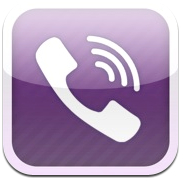 If you’re not using Viber, you’re missing out on one of the best free VoIP apps on the iPhone. We first reviewed Viber in early December. It’s an awesome app because the call clarity is excellent when you have a good connection, plus it uses Push notifications to alert you of an incoming call, saving battery life.

In just over two months, Viber has amassed over 10 million downloads. Yes, you read that correctly. The company will soon be offering an update that includes free messaging coming this month. Upcoming is an Android version of the app to talk to your non-iPhone friends. The problem with these sort of apps is getting your friends to download them. But 10 million people have have managed to do so already.

Are you using Viber? You’ll save on long distance and daytime minutes!