A new Volkswagon Beetle is coming to Canada, and there’s a new augmented reality campaign to introduce it.

The campaign consists of billboards in Toronto’s Dundas Square, posters on bus shelters throughout Toronto and Vancouver, and other traditional print-based media for the rest of Canada. The app is a free download. Then all you have to do is hold your iOS device up to a billboard or print media and watch the cars come to life.

If you don’t live in Toronto or Vancouver, a YouTube video shows bits of the augmented reality animation. 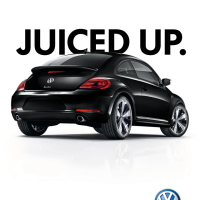 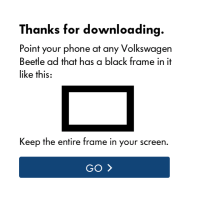 According to VW, the ad campaigns is intended to “position the 2012 Volkswagen Beetle as an innovative take on a classic form by giving consumers an immersive experience that’s as exciting and innovative as the car itself.”

The Beetle is back. Download the app at http://www.vwjuicedup.ca

The campaign launched September 26 and will run through October 30. A digital campaign will follow, running through November 26.