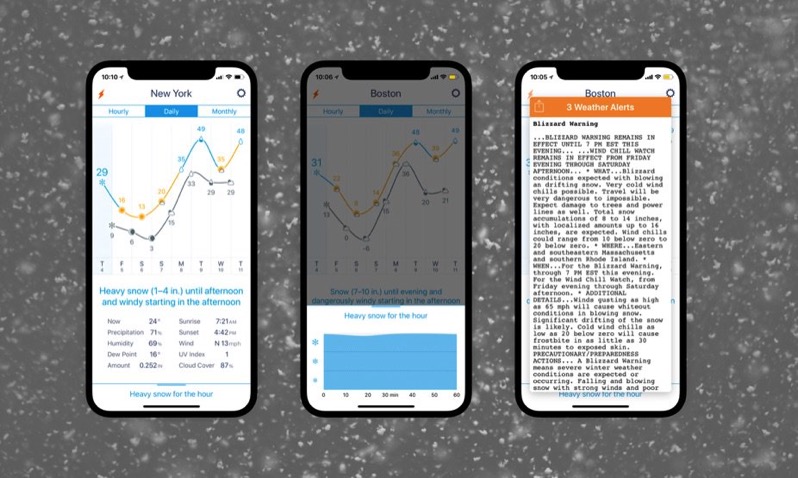 Also new in this update exclusively for iPhone X owners are Rain Amount and Cloud Cover details, while the precipitation panel can be hidden if no short term forecast is available.

The developer also notes there is now improved readability of the Add Location view table, while haptic feedback comes to temperature control.

The precipitation panel title now matches the colour of panel disclosure lines, while the city list has been updated to prevent “null” revisions from displaying.

If you’re a visual person, Weather Line is a fantastic app and retails for $3.99 CAD in the App Store—it’s our weather app of choice. It’s currently on sale for one week, but do note a 2.0 release is under development, with a total redesign coming.